Disaster, Miami condo collapse
Save for Later
From The Right 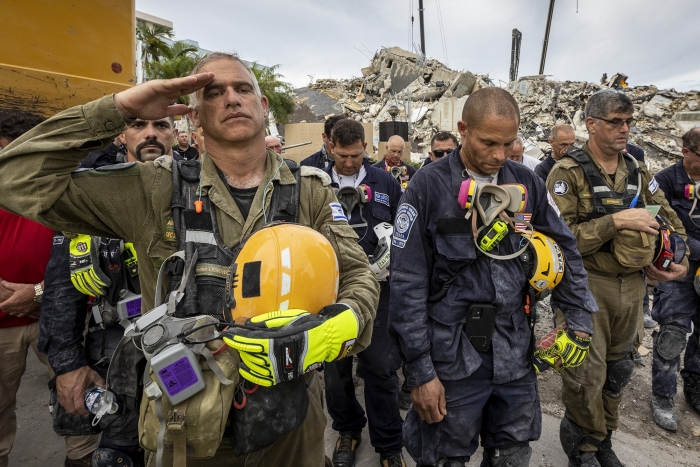 The number of confirmed dead at the site of the collapsed Florida condo building jumped to 60 overnight, with rescue workers pulling six more bodies from the rubble, officials said at a briefing Thursday morning.

“It’s officially two weeks since this unthinkable and unprecedented tragedy shook our community and the world,” Miami-Dade Mayor Daniella Levine Cava said as she announced the additional fatalities since the previous total of 54.