China, Japan, World, Taiwan, Foreign Policy
Save for Later
From The Right 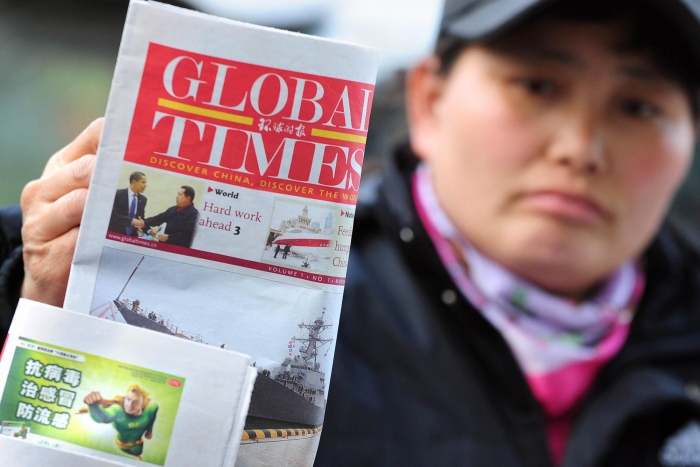 The Chinese Communist Party is warning Japan that it will be “digging its own grave” if the country sides with the US to defend Taiwan in the event of an invasion — adding Japan is “powerless against the Chinese military.”

“Japan does not dare to confront China alone. If Japan involves itself in the Taiwan question militarily, it will be Japan digging its own grave,” said an op-ed published Wednesday in the Communist Party mouthpiece Global Times.

HEADLINE ROUNDUP
Perspectives: How Should The US Prioritize Booster Shots?

China Cracks Down Harder on Cryptocurrency With New Ban

China intensified its crackdown on cryptocurrency on Friday, declaring all financial transactions involving cryptocurrencies illegal and issuing a nationwide...

A GRANT PROPOSAL written by the U.S.-based nonprofit the EcoHealth Alliance and submitted in 2018 to the Defense Advanced Research Projects Agency,...

DOCUMENTS OBTAINED BY The Intercept contain new evidence that the Wuhan Institute of Virology and the nearby Wuhan University Center for Animal Experiment...

A pro-Chinese government online influence operation is targeting Americans in an effort to exploit divisions over the Covid-19 pandemic and "physically...

Widening power shortages in China have halted production at numerous factories including many supplying Apple and Tesla, while some shops in the northeast...

China’s central bank renewed its tough talk on bitcoin Friday, calling all digital currency activities illegal and vowing to crack down on the market...

Worries about spreading contagion from troubles in China’s property market sent U.S. stocks toward their steepest declines in months on Monday. Losses for...

China has declared all cryptocurrency transactions illegal, a move that comes amid an intensifying crackdown by the Chinese government. The People’s Bank of...

Special Presidential Envoy for Climate John Kerry brushed off a question about human rights and China’s treatment of Uyghurs during an interview Wednesday with...

The first time Chen Shaohua went missing and was picked up by police, the 68-year-old's family put it down to confusion. When he disappeared a second time,...

On Thursday, Secretary of State Antony Blinken’s Twitter feed stated that the Biden administration was willing to “stand with the people of Hong Kong,” but...