Republicans less likely to trust their main news source if they see it as ‘mainstream’; Democrats more likely

Media industry, Media Bias, Republicans, Democrats
Save for Later
From The Center 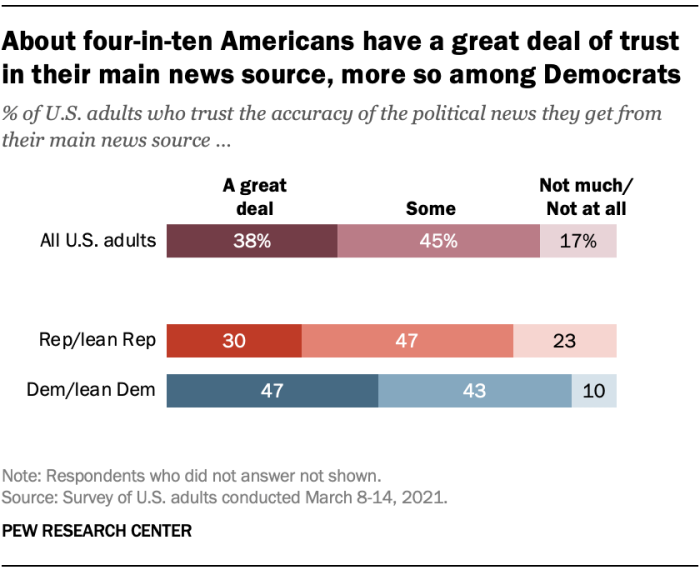 Most Americans place at least some trust in the media outlet they turn to most frequently for political news. But their trust varies widely by political party and whether they see the outlet in question as part of the “mainstream media” or not – though in very different ways between Republicans and Democrats.