Republican Party, Politics, J.D. Vance, Donald Trump
Save for Later
From The Left 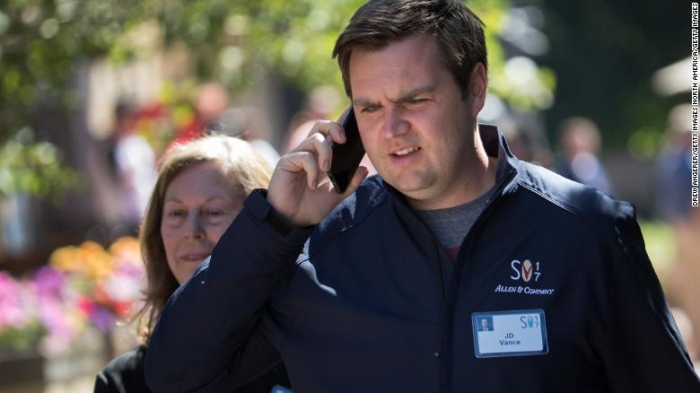 In deleted tweets first discovered by CNN's KFile, Vance wrote in 2016 that he would not vote for Trump in the presidential election and instead support Evan McMullin, a former CIA operations officer who ran as an independent. Vance also called Trump "reprehensible."

PERSPECTIVES BLOG
When Abortion Is On the Ballot… Again

NEWS
The Party of Violence
The Bulwark

Republican candidates and conservative activists are planning to attack President Joe Biden's COVID vaccine mandates in court and on the campaign...

Biden to GOP critics looking to challenge new vaccine requirements in court: 'Have at it'

President Joe Biden challenged Republicans to test his new vaccine requirements in court Friday as he stressed his administration's commitment to keeping...

Politics, like fashion, can be cyclical. And in the coming weeks, America is about to go through the economic version of the return of low-rise jeans — a...

One of the loudest voices urging Donald Trump’s supporters to push for overturning the presidential election results was Steve Bannon. “We’re on the point of...

President Joe Biden is signaling that he is not concerned about potential challenges to his COVID-19 vaccine mandate. On Thursday, a reporter...

Texas Republicans on Tuesday passed a series of new restrictions on the state's voting process, concluding a months-long legislative effort by sending the...

Conservative trust in media has cratered

The percentage of Republicans who say they trust national news organizations has been cut in half over the past five years, according to a new study from ...

"Toadies for billionaires” is how one excitable correspondent describes the Republican Party. But nobody seems to have told the billionaires....

Will he or won’t he? That’s the question for former President Donald Trump, who’s suggested he’ll run for president again in 2024 without announcing...

As conservatives look to fight back against what they see as an ideologically driven censorship push by Big Tech, one company is looking to make...

Should Donald Trump’s political career be finished, what will be the takeaways from his administration? I’d argue that what reporters have many times...