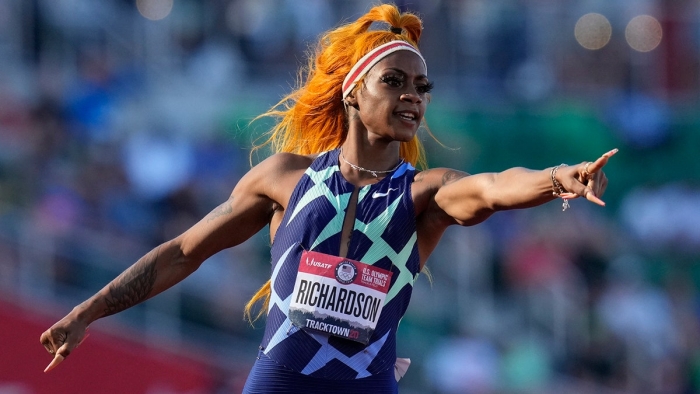 New York Democrat Rep. Alexandria Ocasio-Cortez claimed Friday the rule barring marijuana use during the Olympic races was an "instrument of racist and colonial policy."

The congresswoman’s comments followed the announcement that U.S. champion Sha’Carri Richardson will not be running in the 100-meter race after she tested positive for THC, a chemical found in marijuana, at the Olympic trials – voiding her first-place results.

Richardson, a Black woman from Texas, was given a one-month suspension, which precludes her ability to race the 100 in Tokyo but means she could still be in the running for the women’s relay race, as the trial will not be held until after July 27.

The 21-year old runner’s suspension was reduced to one month from three because she agreed to participate in a counseling program.

"The criminalization and banning of cannabis is an instrument of racist and colonial policy," Ocasio-Cortez said Friday. "The IOC [International Olympic Committee] should reconsider its suspension of Ms. Richardson and any athletes penalized for cannabis use."

Richardson is not the first athlete to face repercussions for marijuana use.