Bagram: Last US and Nato forces leave key Afghanistan base

US Military, National Defense, Middle East, Afghanistan, Terrorism, Taliban
Save for Later
From The Center 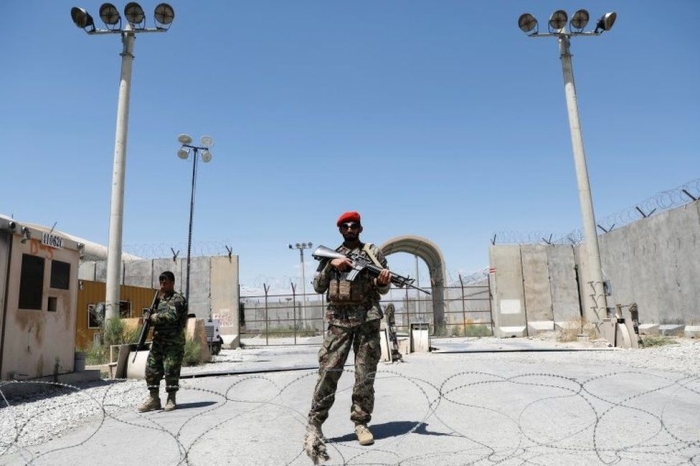 The last US and Nato forces have left Afghanistan's Bagram airbase, the centre of the war against militants for some 20 years.

The pull-out could signal that the complete withdrawal of foreign forces from Afghanistan is imminent.

President Joe Biden has said US forces will be gone by 11 September.

But the withdrawal from the sprawling base, north of Kabul, comes as the main jihadist group, the Taliban, advances in many parts of Afghanistan.

The 11 September deadline is the anniversary of the attacks on America in 2001, which killed...

HEADLINE ROUNDUP
Perspectives: The Errant US Drone Strike That Killed 10 Civilians in Kabul

Go ad-free! Support AllSides.
About these ads
https://www.bbc.com/news/world-asia-57692303
More news about US Military

On August 29, a US drone strike killed 10 members of one family in Kabul. That same day, the Pentagon announced that the operation successfully...

Pentagon acknowledges Aug. 29 drone strike in Afghanistan was a tragic mistake that killed 10...

The Pentagon acknowledged on Friday that a U.S. drone strike in Afghanistan on Aug. 29 that officials said was necessary to prevent an attack on American...

President Biden said Wednesday that he has “great confidence” in Gen. Mark A. Milley, the chairman of the Joint Chiefs of Staff, after a new book revealed that...

From the first weeks of the Afghanistan war to its final days, U.S. officials repeatedly championed the use of aerial surveillance technology to distinguish...

Gen. Mark Milley, the chairman of the Joint Chiefs of Staff, placed roadblocks in front of former President Donald Trump’s ability to launch a nuclear strike...

The Biden administration has asked 18 members of military service advisory boards, including 11 officials appointed by former President Trump, to resign or be...

When then-President Trump ordered a strike that killed two leaders of two terrorist organizations with zero collateral damage, many in the media, academia...

If the China Story Is True, Milley Has to Go
OPINION

Iagree with our editorial that General Mark Milley should be aggressively investigated and, if the Washington Post reporting is...

The top military official in the United States promised to give his Chinese counterpart advance notice if former President Donald Trump decided to...