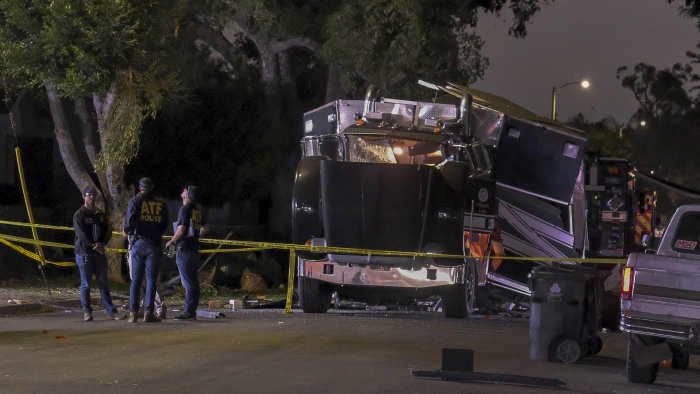 A stockpile of illegal fireworks detonated following attempts by the Los Angeles Police Department's bomb squad to destroy the explosives. The force of the blast destroyed the department's armored truck, injured 17 people and required the evacuation of nearby homes.

On Wednesday evening, LAPD bomb squad officers were in the process of seizing more than 5,000 pounds of illegal fireworks at a home in South Los Angeles, the department said. Some of those fireworks were being stored in the department's armored trailer as a precautionary measure when it exploded.