bridging divides, bipartisanship, Joe Biden, Infrastructure, White House, US Senate, US Congress
Save for Later
From The Left 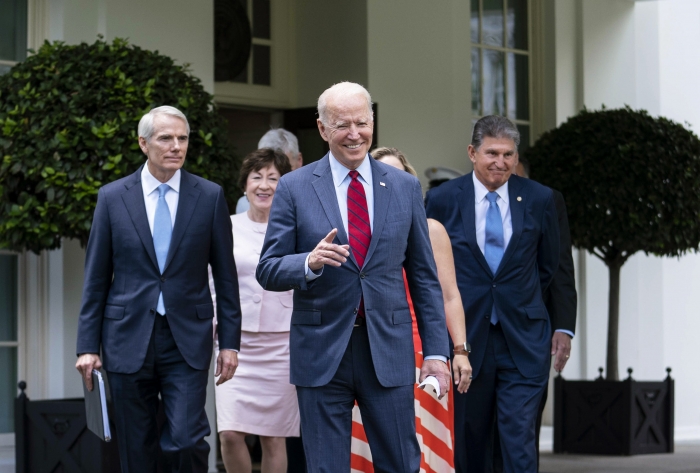 During a lifetime in politics, Joe Biden has delivered countless eulogies, many of them for Republican colleagues in the Senate. Over the years, he has eloquently laid to rest John McCain, of Arizona; William Roth, of Delaware; Arlen Specter, of Pennsylvania; and even, controversially, the former segregationist Strom Thurmond, of South Carolina. He has delivered so many eulogies that the Times studied nearly sixty of them during the 2020 campaign, in search of insights into how Biden might lead the nation. On Wednesday, he took the Presidential motorcade up to Washington National Cathedral to bid goodbye to John Warner, the longest-ever-serving Republican senator from Virginia, who died last month, at the age of ninety-four.

Read full story
Some content from this outlet may be limited or behind a paywall.
bridging divides, bipartisanship, Joe Biden, Infrastructure, White House, US Senate, US Congress

PERSPECTIVES BLOG
When Chuck Schumer Turns Into Wile E. Coyote
NEWS
National Day of Dialogue. Christy Vines
How Do We Fix It?