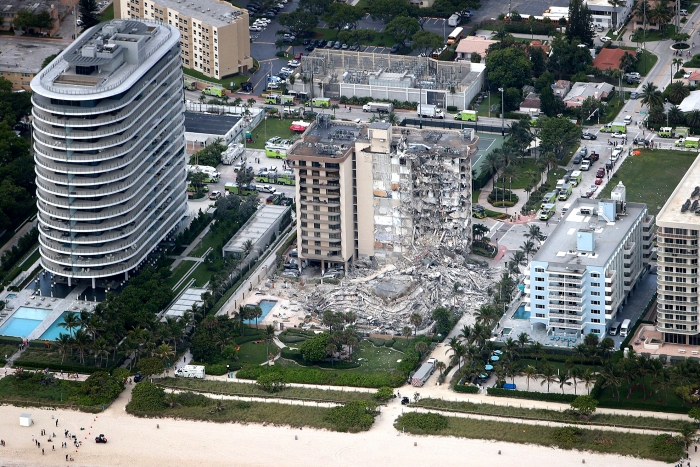 Nearly 100 people were unaccounted for Thursday after a high-rise condo building partially collapsed near Miami Beach, leaving at least one person dead and 10 injured, officials said.

Authorities got a call about the collapse at the 12-story building in Surfside, a town in Florida's Miami-Dade County, around 1:30 a.m. ET, officials said.

Raide Jadallah, the assistant chief of operations for Miami-Dade Fire Rescue, said that of the building's 136 units, 55 in the northeast corridor collapsed.

We can’t just run away from wildfires
ANALYSIS

It has been yet another breathtaking year for disasters. While Hurricane Ida drenched a path from New Orleans to New York, leaving flooding and power...

The hyperactive hurricane season of 2021 continues with Hurricane Sam, which is expected to rapidly intensify into a Category 4 hurricane in just two days. Sam...