Gun Control and Gun Rights, NRA, parkland shooting
Save for Later
From The Left 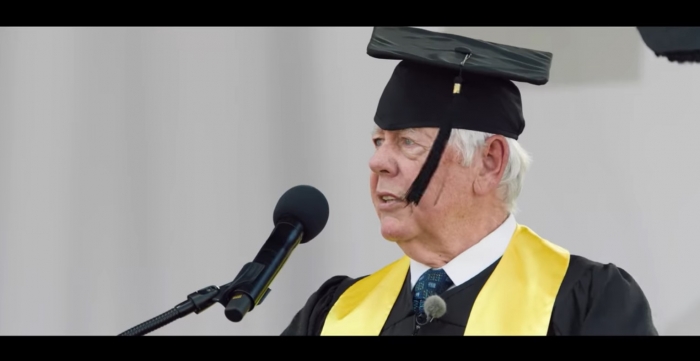 A gun safety group tricked two high-profile gun advocates into addressing a fake high school graduation ceremony featuring a sea of empty chairs meant to represent the children who did not finish school because they were shot.

Videos of the stunt were posted Wednesday by Change the Ref, an organization founded by Patricia and Manuel Oliver, whose son Joaquin was murdered in the Parkland, Florida school shooting in 2018.

The group staged a ceremony in Las Vegas for the graduating class of James Madison Academy, a school that does not exist. They invited David Keene, an NRA board member who served as president of the group between 2011 to 2013; and John Lott, an author and gun rights activist.

Both gave their remarks in what they were told was a rehearsal, BuzzFeed News reported. The result? Videos of the men addressing a sea of empty seats representing the estimated 3,044 students who should have graduated this year but didn’t because they were killed by guns. The organization refers to these students as “The Lost Class.”