Technology, Cybersecurity, John McAfee, Media Bias, Media industry
Save for Later
Add to My Front Page
From The Right 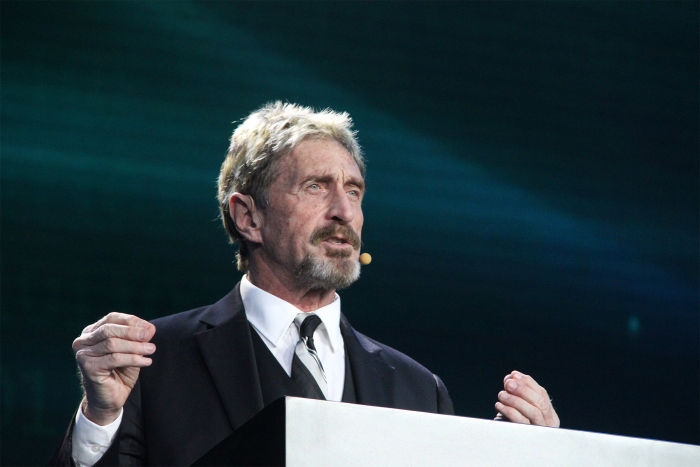 Antivirus software tycoon John McAfee apparently hanged himself in a Spanish jail cell on Wednesday — just hours after a court ruled he would be extradited to face federal charges in the US.

Authorities said a preliminary investigation determined there were no signs of foul play, the Spanish newspaper El Pais reported.

The 75-year-old eccentric tech entrepreneur was arrested in October and was awaiting extradition in the Barcelona jail when he was found dead by hanging, police sources told El Pais.

The newspaper reported McAfee was pulled from his cell in Barcelona and police are...

Surgeon general issues warning over vaccine misinformation as White House turns up the heat on...

Facebook has warned that it expects revenue growth to slow down "significantly" in the second half of 2021. The tech giant saw revenue rise to $29bn (£21bn...

Bitcoin at $40k? Crypto jumps after signs more tech companies plan to use it

Bitcoin has gone up more than 10% in the last 24 hours rising to the highest levels it has seen in a month—reversing a bearish sell-off that left many...

After an eruption of historic, nationwide protests on July 11, the Cuban government is blocking its citizens’ access to major social media ...

The FTC Votes Unanimously to Enforce Right to Repair

During an open commission meeting Wednesday, the Federal Trade Commission voted unanimously to enforce laws around the Right to Repair, thereby ensuring that...

No, Biden isn't secretly policing your texts — but both parties have been reading some for...

Speculation that President Joe Biden and the Democratic National Committee are petitioning cellphone carriers to monitor and edit private...