Energy, consumers, Gas, Transportation, Holidays, Fourth of July, Cars
Save for Later
From The Center 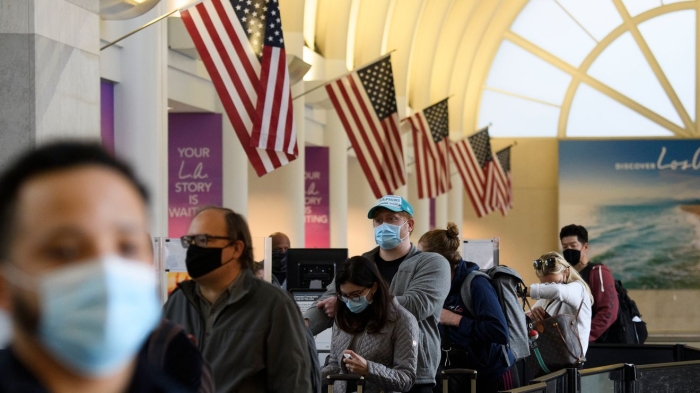 Some 48 million Americans are hopping on trains, planes and automobiles over the July 4 weekend. Most, it seems, will be traveling by road.

That’s a nearly 40% jump from last year when 34 million Americans visited family on the federal holiday during the height of the coronavirus pandemic, many against the advice of health professionals, according to data from AAA.

Still, the expected number of travelers is trailing below 2019 when some 49 million Americans, a record-high, traveled over the holiday.

The resurgence in travel comes as more than half of the total U.S. population has received at least one dose of a COVID-19 vaccine, as of Tuesday, according to data from the U.S. Centers for Disease Control and Prevention.

NEWS
Gas prices are in the danger zone. Biden can't do much about it
CNN Business