Biden’s not coming after beef. But should he? 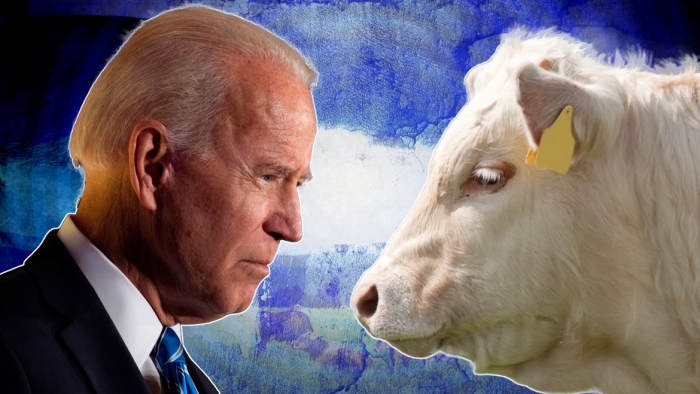 Not too long ago, a number of Republican lawmakers and conservative media figures railed against President Biden over the claim that he was going to greatly restrict the amount of beef Americans are allowed to eat.

There is no truth to the allegation. Biden has put forward an aggressive plan to combat climate change, but his proposals don’t include any measures aimed at regulating how much meat people consume. The claim, which first appeared in an article in the British tabloid the Daily Mail in April, quickly gained traction among conservatives despite its inaccuracy.

Biden may not be targeting beef, but environmentalists have argued for years that the emissions created by cattle farming need to be reduced if the world is going to meet its goals for preventing the worst impacts of rising global temperatures. Livestock farming is estimated to be responsible for as much as 14.5 percent of global greenhouse gas emissions, with beef production as the biggest contributor. “If cattle and dairy cows were a country, they would have more greenhouse gas emissions than the entire [European Union],” former Energy Secretary Steven Chu said in 2019.