Criminal Justice, Violence in America, Jen Psaki, White House
Save for Later
Add to My Front Page
From The Right 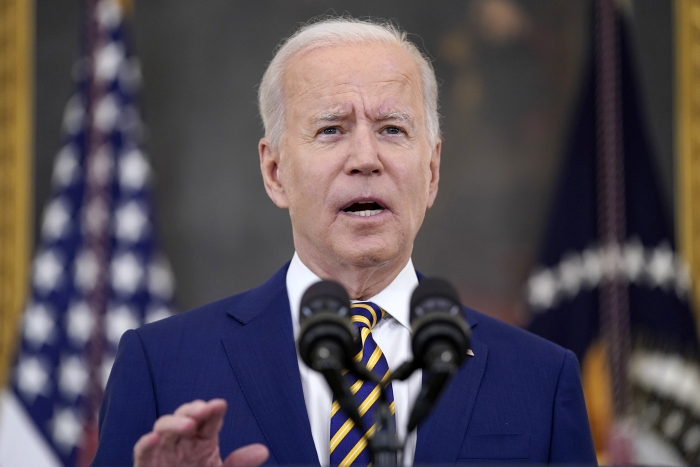 White House Press Secretary Jen Psaki on Monday appeared to embrace a Democratic argument that anti-brutality protests and the subsequent ‘Defund the Police’ push aren’t to blame for rising crime — despite statistics that suggest otherwise.

Psaki said crime began increasing about 18 months ago when the COVID-19 pandemic started — and not 13 months ago with the nationwide protests and riots that followed the murder of George Floyd by a Minneapolis cop.

NEWS
Capitol Police asked to arrest the maskless
The Hill

It’s time for Democrats to propose a new crime bill. No, not one like the original 1994 crime bill, famously spearheaded by President Joe Biden when he was...

President Biden said on Wednesday that states could draw from $350 billion in federal stimulus money to shore up police departments and vowed to crack down on...

Republicans often claim Biden would cut funding for police departments, a falsehood that has kept us busy churning out Pinocchios since the 2020...

On police reform, US can learn from its own history
ANALYSIS

When August Vollmer was helping to pioneer policing in the early 20th century, he had a vision. He would often offer those leaving his jail a drink and a full...