Republican Party, voting rights and voter fraud, Elections, Democratic Party, US Senate
Save for Later
Add to My Front Page
From The Center 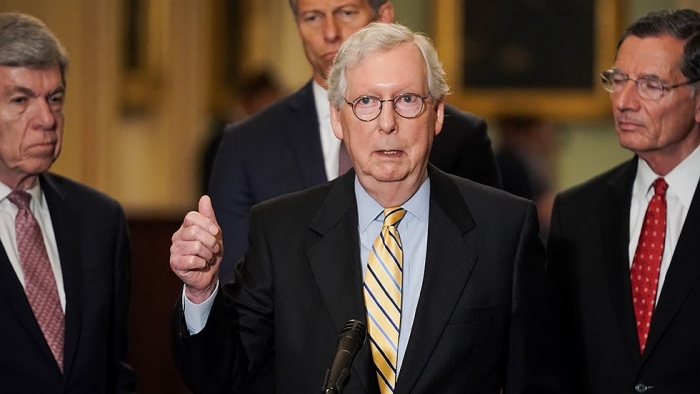 Senators voted 50-50 in the evenly divided Senate on advancing the For the People Act, splitting along party lines and failing to get the 60 votes needed to overcome a GOP filibuster.

The vote is the culmination of weeks of partisan rancor and behind-the-scenes talks over changing the nation's voting laws in the wake of the 2020 presidential election.

House GOP Leader Kevin McCarthy says he will pull all five of his picks to serve on the select committee investigating the January 6 assault on the Capitol, if...

Experts are siding with Dr. Anthony Fauci in the dispute with Sen. Rand Paul over whether experiments done on bat coronaviruses conducted...