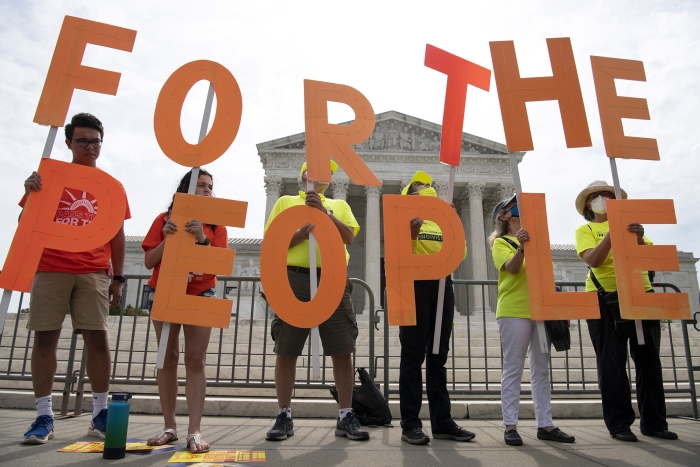 Democrats are bracing for defeat on their sweeping elections bill being brought for a procedural vote Tuesday — after Senate Minority Leader Mitch McConnell slammed the bill as a “disastrous proposal” and a “power grab,” and key Democrat Sen. Kyrsten Sinema has come out in opposition to abolishing the filibuster.

The For the People Act, which passed the House in March, is arguably the most hot-button piece of legislation dividing Washington.

Republicans have warned the bill would create distrust by turning over the election process to the federal government’s control.