Bias of The Seattle Times

Bridging Divides, Bipartisanship, Capitol Chaos
Save for Later
From The Center 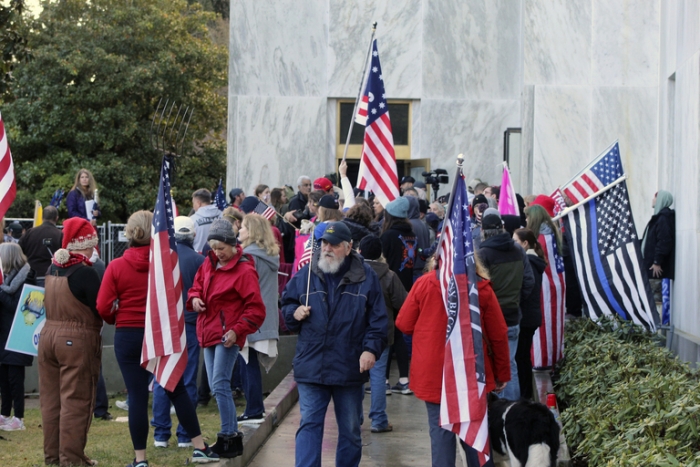 Last December, Oregon lawmaker Mike Nearman was meeting with activists unhappy with the state’s pandemic lockdown. He shared their sentiments and thought he’d do something to show solidarity. So he presented them with a scenario.

Supposing, Nearman told them, someone was hoping to breach the state Capitol, which has been closed to the public for over a year. Let’s say you called a certain cellphone number — his — and told Nearman you were standing just outside the building at a certain entrance.

Read full story
Some content from this outlet may be limited or behind a paywall.
Bridging Divides, Bipartisanship, Capitol Chaos