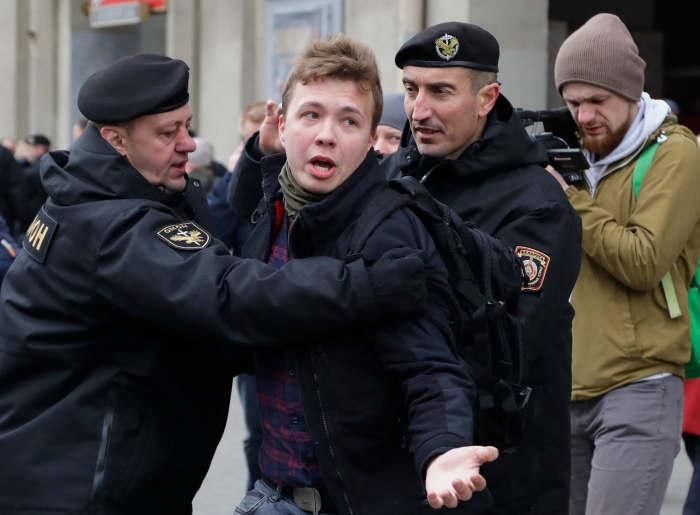 The Biden administration slapped a slew of sanctions against Belarus on Monday amid Western fury over the forced diversion of a Ryanair flight to arrest an opposition journalist.

Last month, a passenger plane flying from Greece to Lithuania was suddenly diverted to Minsk, the capital of Belarus. The Ryanair flight was escorted to Minsk by a Soviet-era MiG-29 fighter jet. Upon landing, authorities arrested opposition journalist Roman Protasevich.

The extraordinary diversion of a commercial airliner was described by some European Union leaders as a “hijacking.” The 27-nation bloc swiftly imposed sanctions against Belarus that included banning its airlines from using airspace and airports within the European Union.

Read full story
Some content from this outlet may be limited or behind a paywall.
Foreign Policy, sanctions, Belarus, Free Press, Media industry, State Department