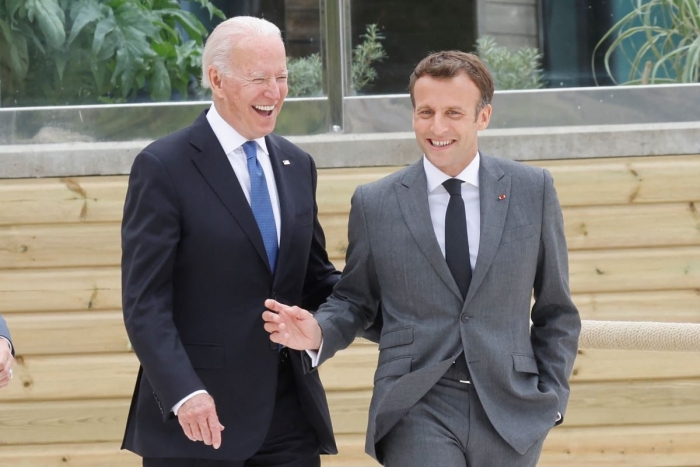 In June 2021, world leaders from dozens of countries met in Brussels for the 31st formal meeting of the North Atlantic Treaty Organization (NATO). U.S. President Joe Biden held a number of bilateral meetings and news conferences during the event, and although a number of world leaders made remarks praising the American president — British Prime Minister Boris Johnson said Biden was “a big breath of fresh air,” and French President Emmanuel Macron said it was “great to have a U.S. president who’s part of the club” — some Biden critics focused on a single image from the multi-day trip that they claimed showed Macron “scolding” the U.S. president.

This is a genuine image of Biden and Macron. However, the claim that Macron was “scolding” Biden is based purely on speculation.

A single photograph is rarely enough to tell the entire story of an interaction. In fact, we’ve covered multiple instances in which single photographs were misrepresented and shared with misleading or fabricated context. In May 2017, for example, an image of Pope Francis “frowning” with former President Donald Trump was shared alongside an image of the pope “smiling” with former President Barack Obama. These photographs were both real, but they only showed a single moment from each president’s meeting with the pope and did not accurately depict his mood during these meetings. We found other images that showed the pope smiling with Trump and frowning with Obama.

NEWS
When It’s Not about Ukraine
Michael Brendan Dougherty

News
U.S. and Russia agree to keep talking after meeting on Ukraine
Reuters