General News, Crime, Criminal Justice, Business
Save for Later
From The Right 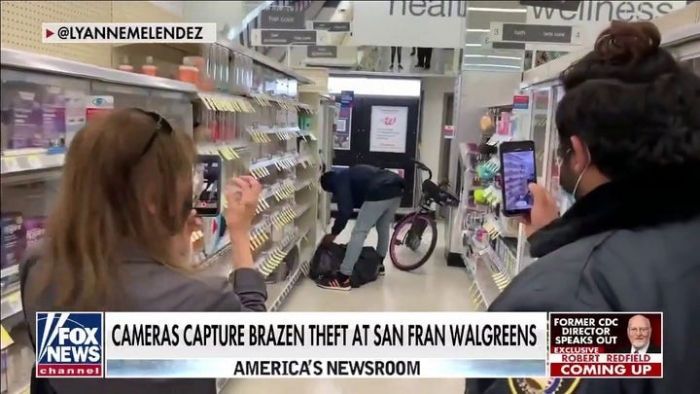 A recent viral shoplifting incident has highlighted trends in parts of the country where offenders at local drugstores rule the roost – in one case, even able to ride through the store on a bike and take a garbage bag full of stolen good as shoppers, and security watched on.

Viral video from earlier this week showed a brazen man riding a bike through a San Francisco Walgreens store hauling apparently stolen goods as he zipped his way past shoppers, including a security guard who was filming the incident on his cell phone, before he left out the door. The footage was captured by local KGO-TV reporter Lyanne Melendez and garnered thousands of likes and comments.

NEWS
The escalating costs of being single in America
Vox

The escalating costs of being single in America
Vox

News
California Wildfires
The Flip Side

News
Congratulations, Nobel Committee, You Just Gave the Literature Prize to a Genocide Apologist
The Intercept

Opinion
Is San Francisco the future of America?
Washington Times

Opinion
Stossel: Life Is Better Than Ever
John Stossel