Juneteenth As A National Holiday Is Symbolism Without Progress

Holidays, Juneteenth, Race And Racism, General News
Save for Later
From The Left 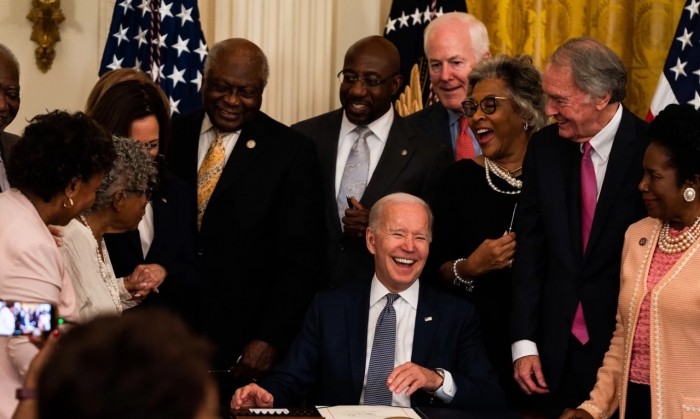 It is honoring the work of Black Americans, including people such as 94-year-old Civil Rights Activist Opal Lee, who had long advocated for the celebration that started in Galveston to be made a federal holiday.

Juneteenth celebrates the date when Union troops arrived in Galveston, Texas, on June 19th, 1865, bringing news that the Emancipation Proclamation had freed the enslaved population living in the Confederacy, albeit two years prior.

Yet the reaction amongst many African Americans, myself included, has been muted....