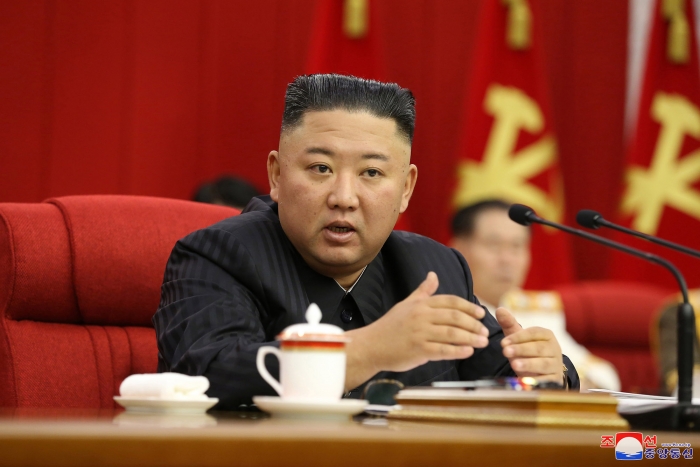 North Korean leader Kim Jong Un said his country must prepare for both “dialogue and confrontation” with the US — in his first direct comments on President Biden’s administration.

If North Korea wanted to get America's attention, it seems to have worked. This week Kim Jong Un's regime fired two ballistic missiles into the Sea of Japan...

North Korea has launched a pair of projectiles for the second time in a week. The launch was confirmed to ABC News by the South Korean joint chiefs of staff...

North Korea breaks silence to warn US against 'causing a stink'

Kim Yo Jong, the sister of North Korea's leader, warned the Biden administration against "causing a stink at its first step" on Monday, hours after the White...

North Korea's leader, Kim Jong Un, called an emergency meeting after imposing total lockdown measures on the city of Kaesong when a person there was found with...

North Korea warned on Sunday that the United States will face a grave situation if it continues to pursue its "hostile policy" toward Pyongyang's nuclear...

North Korean leader Kim Jong-un has delegated some of his authority to his younger sister Yo-jong, allowing her to manage South Korean and US affairs, South...

The sister of North Korea Supreme Leader Kim Jong-Un has claimed that talks of peace with South Korea can resume if it ends "...

President Trump joked with then-White House press secretary Sarah Sanders that she would have to “go to North Korea and take one for the team” after the...

'We can and must do better': U.S. Forces Korea leads fight against racism in the ranks

U.S. military leaders have pledged major reforms and an aggressive new efforts to tackle the legacy and the reality of racism in the ranks. Perhaps the...