Healthcare, Supreme Court, Obamacare, ACA, Republican Party
Save for Later
From The Center 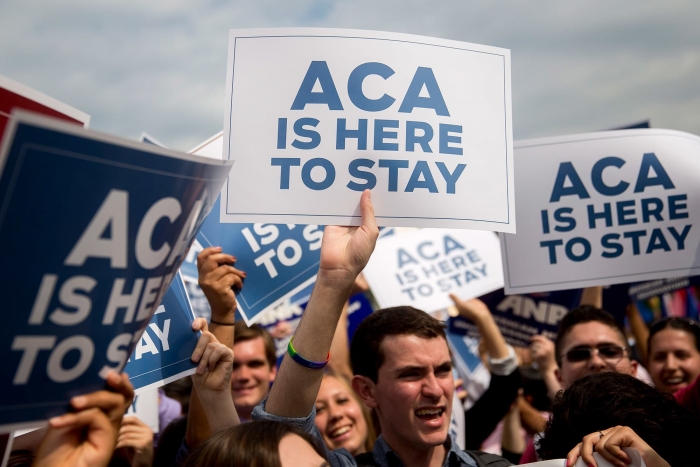 The Supreme Court on Thursday ruled against Texas and other Republican-led states seeking to strike down Obamacare in the law’s latest test before the nation’s highest court.

The top court voted 7-2 to reverse an appeals court ruling that had struck down the law’s individual mandate provision.

Justice Stephen Breyer, who authored the opinion of the court, said that Texas and the other states that challenged the law failed to show that they were harmed by it. In legal terms, the states failed to demonstrate that they had standing.

Read full story
Some content from this outlet may be limited or behind a paywall.
Healthcare, Supreme Court, Obamacare, ACA, Republican Party