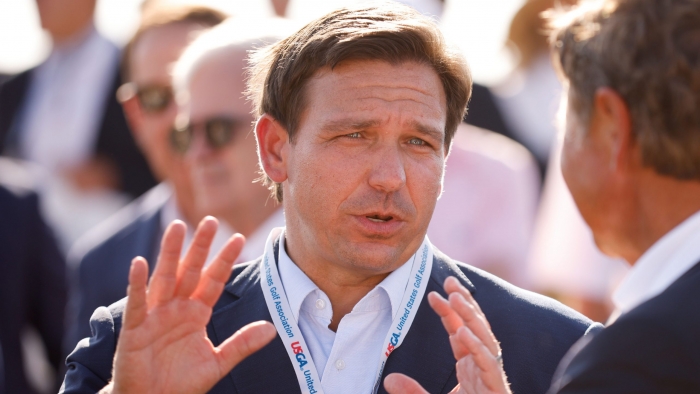 Florida Gov. Ron DeSantis (R) announced Wednesday that he has directed Florida law enforcement officers to assist at the southern border in both Texas and Arizona, answering calls from the states’ governors asking for help.

The crisis at the U.S./Mexico border has continued to worsen as the Biden administration seems to look the other way. As highlighted by The Daily Wire on Tuesday, former President Donald Trump said he would visit the border before Vice President Kamala Harris, who has been tapped by President Joe Biden to handle the worsening crisis.

Was DeSantis Shipping Migrants to Martha’s Vineyard a Crime?
Slate

Was DeSantis Shipping Migrants to Martha’s Vineyard a Crime?
Slate