Joe Biden, Media industry, Media Bias, Vladimir Putin, Russia
Save for Later
Add to My Front Page
From The Left 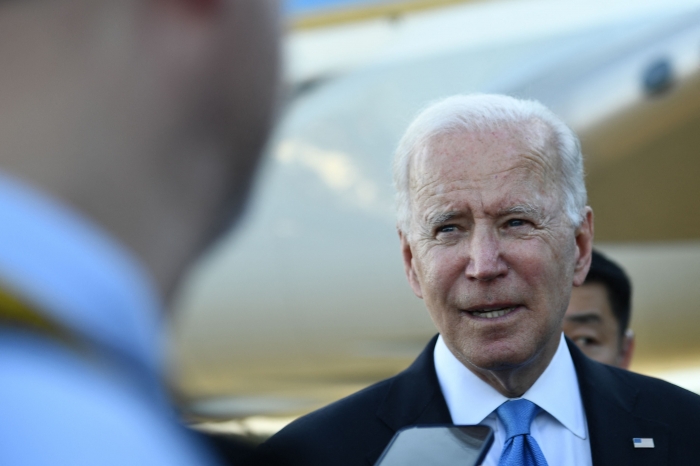 President Joe Biden has apologised after snapping at a CNN reporter at a press conference following his summit with Russian President Vladimir Putin on Wednesday.

Asked why he was “confident” that Mr Putin would change his behaviour by CNN’s Kaitlan Collins, Mr Biden appeared agitated, responding: “I’m not confident.”

“What the hell, what do you do all the time?” he asked.

As Collins tried to speak, Mr Biden continued, saying: “When did I say I was confident?

“Let’s get this straight,” the president said. “I said what will change their behaviour is if the rest of...

NEWS
Biden Snaps At Female Reporter Over Question: ‘You Are Such A Pain In The Neck’
The Daily Wire

Biden will announce vaccination requirement across federal government on Thursday

President Joe Biden will announce on Thursday a requirement that all federal employees and contractors be vaccinated against Covid-19, or be required...

In a CNN town hall on Wednesday, President Joe Biden called the wave of new laws restricting voting access “Jim Crow on steroids.” Despite that, he...

President Joe Biden exaggerated when he spoke about the effectiveness of the COVID-19 vaccine during a CNN town hall. "You're not going to get COVID if you...

President Joe Biden has picked Jonathan Kanter to serve as the Justice Department’s assistant attorney general for antitrust, in a major win for progressive...

Biden Administration Moves to Tilt Pay and Power Toward Workers

President Biden is advancing a series of regulatory changes aimed at increasing workers’ pay and gaining them other benefits, moves that opponents say could...

President Biden is walking a fine line with Fox News, needling it this week on the subject of vaccine misinformation but avoiding an all-out war with a...

Biden to Campaign in Virginia in Preview of Democrats’ 2022 Strategy

President Biden is returning to the campaign trail for a longtime political ally in Virginia and selling his infrastructure and economic plans around the...

Biden Snaps At Female Reporter Over Question: ‘You Are Such A Pain In The Neck’

President Joe Biden snapped at a female reporter on Monday after she asked a question that was not related to his meeting with Iraqi Prime Minister Mustafa Al-...

President Biden is expected to use his meeting Monday with the Iraqi prime minister to press him to take a stronger role in...