race and racism, Juneteenth, Holidays, US Senate
Save for Later
From The Center 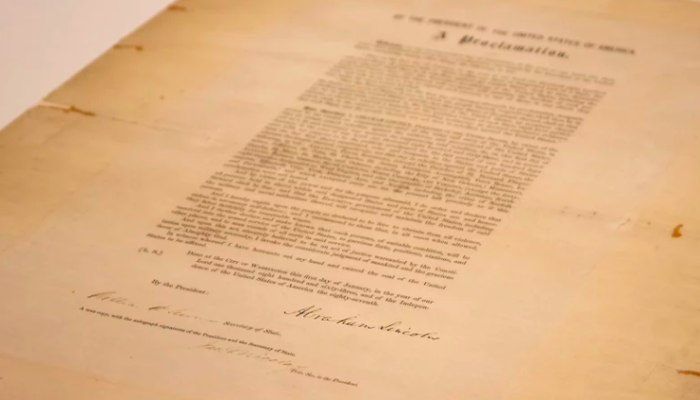 The Senate unanimously approved a bill Tuesday that would make Juneteenth, the date commemorating the end of chattel slavery in the United States, a legal public holiday.

The holiday is celebrated on June 19, and it began in 1865 when enslaved people in Texas learned they had been freed under the Emancipation Proclamation.

President Abraham Lincoln had signed the proclamation outlawing slavery years earlier, but it was not until 1865 that those in bondage in Texas were freed.

The measure is expected to be approved by the Democratic-led House of Representatives as...

A trade group for air cargo giants like UPS and FedEx is sounding the alarm over an impending Dec. 8 vaccine deadline imposed by President Joe Biden,...

Forget about The Grinch: It looks like supply chain disruptions may steal Christmas this year. But will these problems be resolved by early 2022?...

New holiday COVID-19 guidance from the Centers for Disease Control and Prevention urges eligible people to get vaccinated against the...

Best Buy has revealed a curious way to cash in on worldwide shortages and shipping delays: subscriptions. This week, the company announced a $200-a-year...

If it feels like some retailers are pushing holiday shopping before you've even considered a Halloween costume, that's because they are. Amazon on Monday...

Retailers and manufacturers are overordering or placing orders too early amid panic over the massive supply chain crisis, and that’s making things much worse,...

Fauci Says People Should Feel Free To ‘Enjoy The Holidays’ With Family This Year — Especially If...

Dr. Anthony Fauci said Sunday that Americans, particularly those who are fully vaccinated, shouldn’t hesitate to spend holidays with their families this year...

Shipping bottlenecks that have led to rising freight costs are cooking up a holiday headache for U.S. retailers. Costco this week joined the long list...

The unvaccinated are on the CDC’s holiday travel naughty list. The Centers for Disease Control and Prevention released new guidance ahead of the...

Yom Kippur, 2019. I wore white, as is my custom, and didn’t shower, apply creams, or wear leather. These are the tools the tradition offers to playact our...

Why most Americans no longer honor unions on Labor Day
OPINION

Labor Day was once the nation’s most blatantly political national holiday — created by the trade-union movement to celebrate the right of working people to...

Workers deserve a day in their honor. The unions that exploit them don’t
OPINION

Labor Day was never intended as an homage to the organized labor movement. Unions, of course, vehemently disagree, and while the overwhelming majority of...