Religion and Faith, Southern Baptists, Republican Party, Donald Trump
Save for Later
From The Center 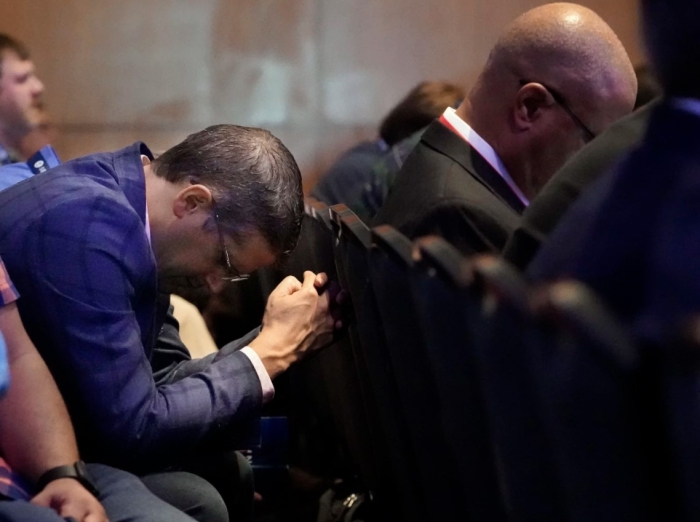 Southern Baptists are gathered this week in Nashville, Tenn., for an annual meeting that could prove a turning point as the faithful square off on an array of divisive issues that some fear could drive a wedge into the largest Protestant denomination in the United States.

Tuesday marks the first full day for the event in which the voting members of the Southern Baptist Convention could tackle high-profile issues including racial discrimination, gender inequality and sexual abuse.

The organization is one of the country's most politically influential. It has long aligned itself with conservative causes, and top evangelicals in the convention enthusiastically backed former President Donald Trump.