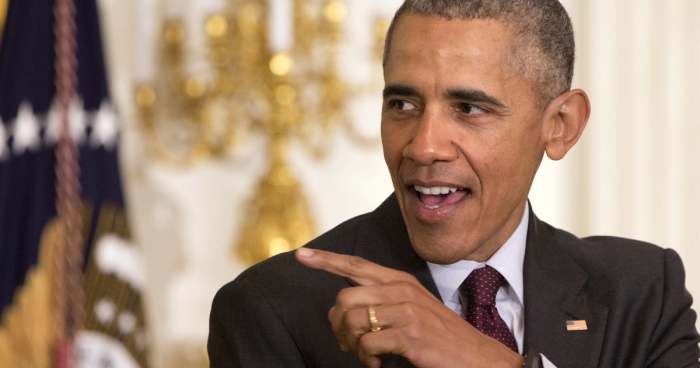 Former President Barack Obama took a swipe at Fox News on Monday, claiming the outlet and its viewers “perceive a different reality” than other people.

"I’ve spoken about this before, but if you watch Fox News, you perceive a different reality than if you read the New York Times," the former president said during an interview with the19th published on Monday.

"I think a lot of that has to do with changes in how people get information,” he continued. “And those differences have been amplified...

WHO chief: 'Premature' to rule out COVID-19 lab leak theory

The World Health Organization (WHO) chief said on Thursday that there was a “premature push” to rule out the COVID-19 lab leak theory without enough evidence...

58% Of Voters Agree: Media Are ‘Enemy of the People’
DATA

Voters overwhelmingly believe “fake news” is a problem, and a majority agree with former President Donald Trump that the media have become “the enemy of the...

Republicans less likely to trust their main news source if they see it as ‘mainstream’; Democrats...
DATA

Most Americans place at least some trust in the media outlet they turn to most frequently for political news. But their trust varies widely by political party...

‘Premature’ to Rule Out COVID-19 Lab Leak Theory: WHO Chief

World Health Organization (WHO) Director-General Tedros Adhanom Ghebreyesus said Thursday that it was “premature” to rule out the possibility that COVID-...