US Military, Guns, Violence In America, Gun Control And Gun Rights, Defense And Security
Save for Later
From The Center 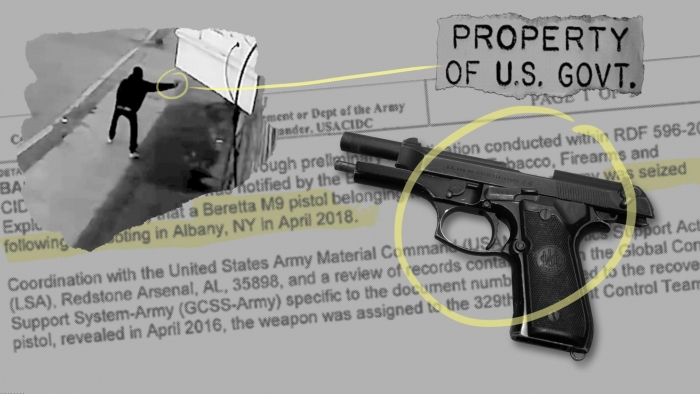 Pulling a pistol from his waistband, the young man spun his human shield toward police.

“Don’t do it!” a pursuing officer pleaded. The young man complied, releasing the bystander and tossing the gun, which skittered across the city street and then into the hands of police.

They soon learned that the 9mm Beretta had a rap sheet. Bullet casings linked it to four shootings, all of them in Albany, New York.

And there was something else. The pistol was U.S. Army property, a weapon intended for use against America’s enemies,...