Use of anonymous sources uncommon in early Biden coverage, least likely in outlets with right-leaning audiences

Media Bias, Media industry, Joe Biden
Save for Later
From The Center 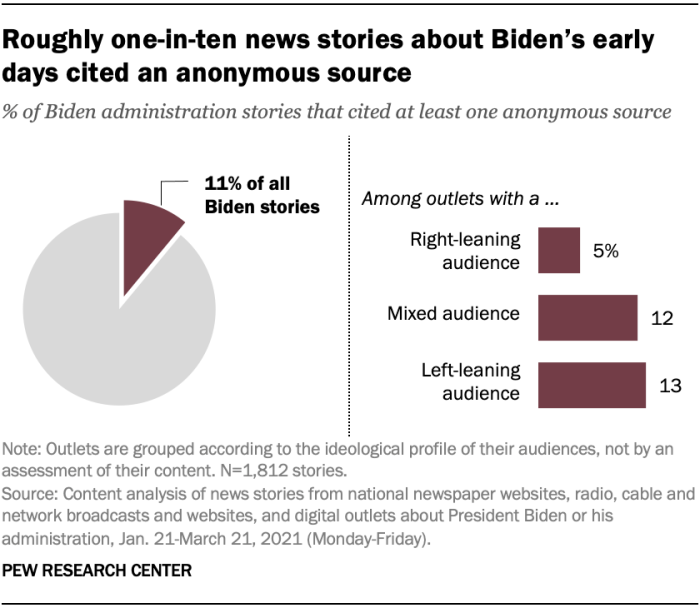 Roughly one-in-ten news stories about Joe Biden’s early days as president cited an anonymous or unnamed source, according to a Pew Research Center analysis of media coverage of the administration’s first 60 days. And fewer than 1% of the stories relied solely on anonymous sources.

Overall, 11% of news stories about Biden’s administration during his first two months in office relied on at least one anonymous source, according to the analysis, which examined stories produced by 25 major national newspaper websites, radio, cable and network broadcasts and websites, and digital outlets from Jan. 21 to March 21, 2021. The findings are part of a broader Pew Research Center content analysis of early Biden coverage and come amid debates in the news industry over the use of anonymous sources.