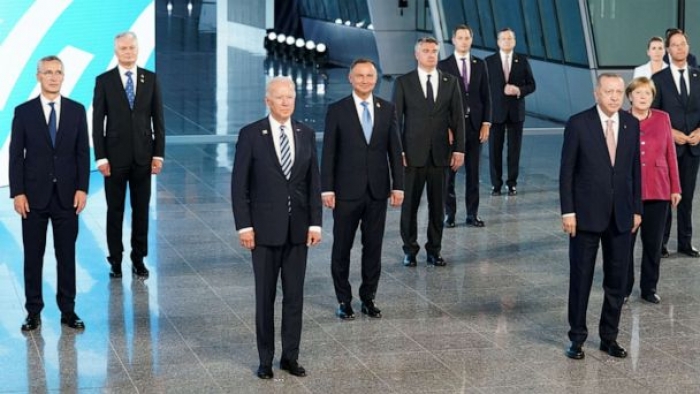 President Joe Biden on Monday called NATO’s Article 5 – which states an attack on one member nation is an attack on all – "a sacred obligation," and NATO was poised to update how it will respond jointly to cyberattacks.

"I constantly remind Americans that when America was attacked for the first time on its shores since what happened back at the end of World War II, NATO stepped up,” the president said in a meeting with NATO Secretary General Jens Stoltenberg in Brussels, referencing the 9/11 terror attacks.

No Biden this Time: Nancy Pelosi Lands in Ukraine with Message of U.S. Solidarity
Breitbart News