LGBT Rights, Pride Month, Kamala Harris
Save for Later
From The Center 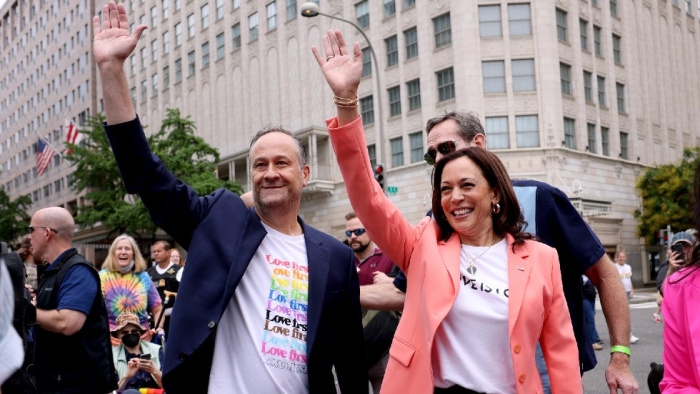 Vice President Harris made an appearance with second gentleman Doug Emhoff at the Pride parade in downtown Washington, D.C., on Saturday.

Speaking to residents gathered in the city, Harris called for the Senate to pass the Equality Act to provide expanded protections for LGBT people. The House passed the bill in a nearly party-line vote in February.

"We need to pass the Equality Act. We need to make sure that our transgender community and our youth are all protected. We need still protections around employment and housing," she told the crowd.

Disney funds gender identity, LGBTQ curriculum in schools—and has been for 20 years
The Post Millennial