'Everyone was running': Shooter, 2 others dead inside Publix supermarket in Royal Palm Beach, Florida

Violence in America, Mass shooting, Florida
Save for Later
Add to My Front Page
From The Center 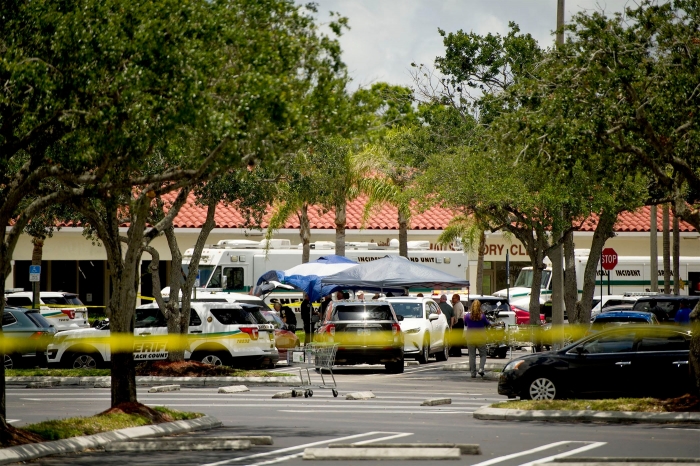 A man, woman and toddler were killed, and the shooter was among the dead, officials said. It was not immediately clear which person was the shooter.

"This was NOT an active shooter situation," Teri Barbera, spokesperson for the sheriff's office, said in a statement.

Officials said the woman was related to the child, who would have turned 2 years old this month. Barbera...

Read full story
Some content from this outlet may be limited or behind a paywall.
Violence in America, Mass shooting, Florida

A Minnesota man has been charged with intentional second-degree murder after driving while drunk into a group of people protesting police brutality, according...

Police arrest one suspect, hunting for another after Austin shooting leaves 14 injured

Police in Austin, Texas, say they have arrested one man and are searching for another in connection with a shooting early on Saturday that injured 14...

No, the Jan. 6 Attack on the Capitol Wasn’t an FBI False Flag
ANALYSIS

During his Fox News primetime show on June 15, 2021, host Tucker Carlson launched into a diatribe accusing the FBI of orchestrating the Jan. 6 attack...

Will rising crime rates sink the push for police reform?

In the aftermath of George Floyd’s murder in May 2020 and the worldwide protest movement it inspired, there were signs that comprehensive police reform was...

A shooting at a graduation party has left at least three people dead and six others injured, the latest in a string of shootings in the Miami...

A newspaper in Texas said on Saturday that it is not publishing the description that local law enforcement gave of a man suspected of shooting 13 people on...