race and racism, US Congress, Politics, Republican Party, 2020 Election
Save for Later
Add to My Front Page
From The Left 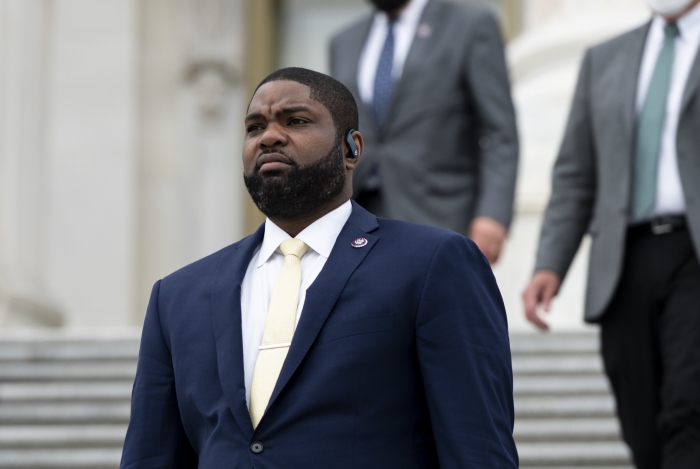 The Congressional Black Caucus is blocking membership to Rep. Byron Donalds, a Republican from Florida who has tried to join the organization, a source familiar with the CBC's plans told BuzzFeed News.

It’s been six months since the members who won election in 2020 were inducted into the CBC, a powerful and nominally nonpartisan group of Black lawmakers in Congress. Donalds, who won election for the first time last year, has not been included in that group.

PERSPECTIVES BLOG
“Ellie Kemper and the KKK Ball”: Media Ignores Crucial Fact About 1999 Pageant
NEWS
Juneteenth is a celebration of freedom from slavery. But it didn't mean freedom for all.
USA TODAY

NEWS
To CRT or Not to CRT?
National Review

Juneteenth As A National Holiday Is Symbolism Without Progress
OPINION

This week, President Biden signed into law the "Juneteenth National Independence Day." It is honoring the work of Black Americans, including...

On Thursday, President Joe Biden signed into law a bill to recognize Juneteenth as a federal holiday. Juneteenth, which Black Americans have been celebrating...

After decades, Opal Lee finally gets her day off

Opal Lee was 12 when a mob of white supremacists vandalised and set fire to her family's home in Fort Worth, Texas. Helpless, she watched her home burn to...

Juneteenth is a celebration of freedom from slavery. But it didn't mean freedom for all.

Susan Ross was a 3-year-old slave living in Texas when her family learned they were free. Even as a child, she remembered how excited her older brother was...

The Senate unanimously approved a bill Tuesday that would make Juneteenth, the date commemorating the end of chattel slavery in the United States, a...

Within a matter of hours of President Joe Biden signing into law the Juneteenth National Independence Day Act and, thereby, creating a new federal holiday—the...

Juneteenth Is a Good Holiday. Of Course the Government Is Screwing It Up.
OPINION

Making Juneteenth a national holiday really ought not to be controversial or complicated. Unfortunately, our political culture is dominated by a collection of...

The Senate passed legislation Tuesday that designates Juneteenth, the anniversary of the emancipation of those who were enslaved in the United States, a...

CNN Could Have Promoted a Person of Color To Replace White Masturbator Jeffrey Toobin. The Network...
OPINION

CNN's alleged commitment to the cause of racial equity was significantly undermined last week when the network welcomed Jeffrey Toobin back to its...