Immigration, Kamala Harris, Guatemala, World, foreign relations
Save for Later
Add to My Front Page
From The Center 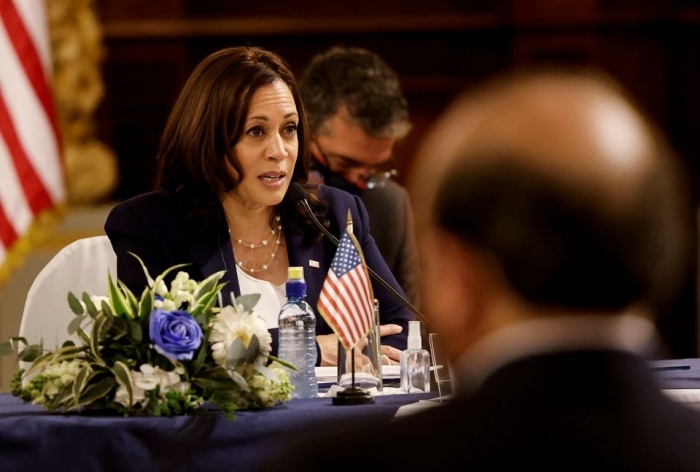 U.S. Vice President Kamala Harris said on Monday she had “robust” talks with Guatemalan President Alejandro Giammattei on the need to fight corruption to help deter undocumented immigration from Central America to the United States.

At a news conference with Giammattei, Harris said a U.S. task force would work with local prosecutors to punish corrupt actors in the region.

NEWS
These immigrants have one shot to come to the US. But Biden has to act.
Vox

These immigrants have one shot to come to the US. But Biden has to act.
ANALYSIS

Three years ago, amid negotiations over immigration reform, then-President Donald Trump infamously questioned why the US was taking in immigrants from “...

Texas Gov. Greg Abbott ordered state troopers on Wednesday to begin pulling over vehicles whose drivers are transporting migrants who pose a risk of...

The number of children traveling alone who were picked up at the Mexican border by U.S. immigration authorities likely hit an all-time high in July, and the...

A surge of illegal crossings at the southern border and the rapid rise of the Delta variant have complicated President Biden’s plans as he looks to...

Senate Democrats blocked a measure that would have required the federal government to resume building the southern border wall and implement other...

Two whistleblowers claim the Department of Health and Human Services instructed them to downplay a...

Two whistleblowers have accused the US Department of Health and Human Services of directing them to downplay the severity of a coronavirus outbreak...

The Biden administration is releasing a strategy to address what they call the "root causes of migration," as the crisis as the US-Mexico border continues...