coronavirus, CDC, China, Wuhan lab
Save for Later
Add to My Front Page
From The Center 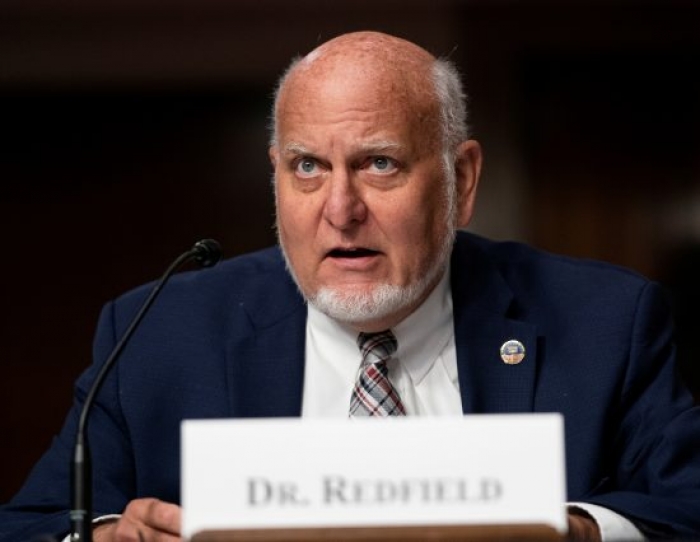 Former U.S. Centers for Disease Control and Prevention (CDC) Director Robert Redfield says he was “threatened and ostracized” by scientists after telling CNN he believes that COVID-19 most likely originated in a lab in China.

“I was threatened and ostracized because I proposed another hypothesis,” Redfield told Vanity Fair.

He added, “I expected it from politicians. I didn’t expect it from science.”

During his CNN interview in March, Redfield said he believes COVID-19 most likely “was from a laboratory” in Wuhan, China, that “escaped,” as IJR reported.

He continued, “Science will eventually figure it out.”

Read full story
Some content from this outlet may be limited or behind a paywall.
coronavirus, CDC, China, Wuhan lab

PERSPECTIVES BLOG
When Differences Between Parties Don’t Seem as Important

Less than 1% of fully vaccinated people experienced a breakthrough infection, according to a Kaiser Family Foundation analysis of official state data. The...

Dr. Francis Collins, director of the National Institutes of Health, said the best way to protect children against Covid-19 is for more people who are eligible...

After months of struggle, the U.N.-backed Covax alliance will soon have many more doses, promising relief for vaccine shortages in poorer countries. But it...

The nation's top infectious diseases expert said Sunday he did not expect the U.S. will need to reenter lockdown, as the Delta strain of the coronavirus drives...

A sobering scientific analysis published Friday found that three-quarters of the people infected during an explosive coronavirus outbreak...

Can you still get ‘long COVID’ if you’re fully vaccinated? Here’s what we know

In the pantheon of enigmas among COVID's seemingly endless box of mysteries, there are few more perplexing than the phenomenon of long COVID. Also called...

Carrot vs. stick: What can convince the unvaccinated?

As the rate of COVID-19 cases continues to tick upward throughout the United States, some lawmakers, public health officials and opinion writers have started...

Floridians are waiting in line for hours to get tested for COVID-19, as the state grapples with record-breaking case numbers. The line began forming...

CLAIM: A coronavirus surge means that “if someone else has a heart attack, or breaks a hip, there may not be a hospital bed for them.” VERDICT: PROBABLY...