Donald Trump, Big Tech, Facebook, Free Speech, online censorship, misinformation and disinformation
Save for Later
Add to My Front Page
From The Center 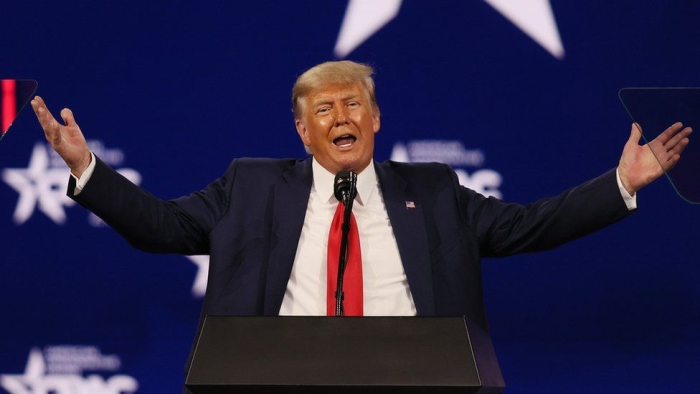 He was barred indefinitely from both sites in January in the wake of posts he made on the US Capitol riots, but last month Facebook's Oversight Board criticised the open-ended penalty.

Facebook said Mr Trump's actions were "a severe violation of our rules".

Mr Trump said the move was "an insult" to the millions who voted for him in last year's presidential election.

Thomas J. Barrack, a billionaire businessman and longtime friend to former president Donald Trump, was arrested Tuesday in California and charged with...

Trump: 'No Talk of Coup'

Former President Donald Trump released a statement Friday saying he "never once" discussed the possibility of a coup to remain in power after the 2020...

Matt Schlapp to Newsmax: Trump to Tell the World, You Won't Silence Us

A defiant former President Donald Trump is going to deliver a message to the world Sunday at CPAC, you cannot shut us down, chairman of the American...