FBI, Louis DeJoy, Campaign Finance, Post Office, Defense And Security
Save for Later
From The Left 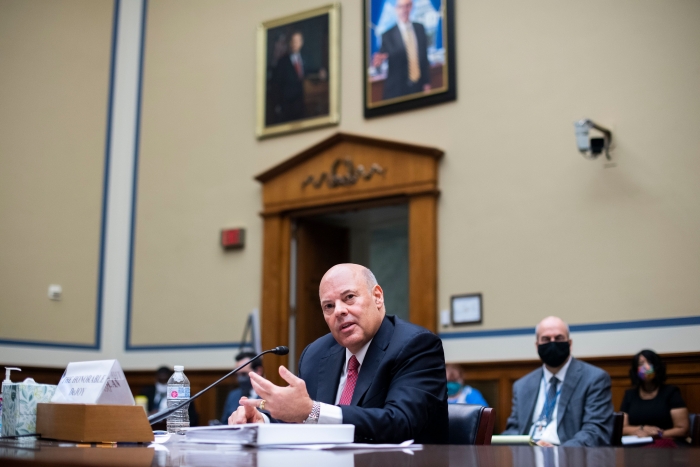 The FBI is investigating controversial Postmaster General Louis DeJoy over campaign contributions connected to his former business, his spokesperson confirmed to The Washington Post on Thursday.

The Post was the first to report on the probe and spoke to people familiar with the matter, who said FBI agents had recently interviewed current and former employees of DeJoy and his former business, New Breed Logistics.