Elections, election audit, Arizona
Save for Later
Add to My Front Page
From The Center 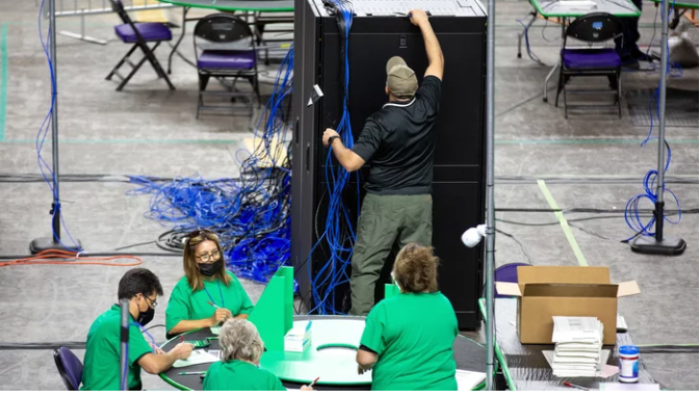 To Matt Masterson, the review of 2020 ballots from Maricopa County, Ariz., that's underway is "performance art" or "a clown show," and definitely "a waste of taxpayer money."

But it's not an audit.

"It's an audit in name only," says Masterson, a former Department of Homeland Security official who helped lead the federal government's election security preparations leading up to November's election. "It's a threat to the overall confidence of democracy, all in pursuit of continuing a narrative that we know to be a lie."

By lie, he means the assertion from...

Fox News host Tucker Carlson promoted a number of false, misleading and unsubstantiated claims about election fraud in Georgia in a recent segment on his cable...

Arizona's Senate held a Thursday briefing on the ongoing Republican-initiated "audit" of the 2020 election in Maricopa County, where Joe Biden...

As political battles continue around the nation over voting access and restrictions, a new Pew Research Center survey finds that a majority of Americans (57%)...

Biden to Campaign in Virginia in Preview of Democrats’ 2022 Strategy

President Biden is returning to the campaign trail for a longtime political ally in Virginia and selling his infrastructure and economic plans around the...

Joe Biden may have won the White House, but in the political battle over election integrity, former President Donald Trump seems to be winning. A new...

Teams conducting a forensic audit in Arizona’s largest county said on July 15 that they want more items to complete their review, which has turned up...