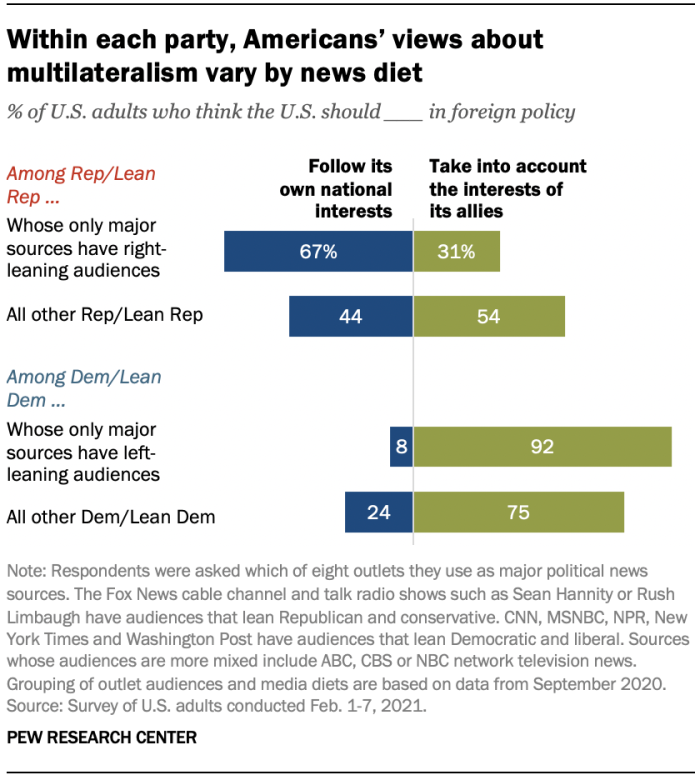 Americans’ views about key international priorities – and China specifically – differ widely by party, as recent Pew Research Center surveys have found. But further differences emerge within party based on where people turn for political news.

Republicans and Republican-leaning independents who say their major sources of political news are only sources with right-leaning audiences (Fox News or talk radio) tend to be less open to international cooperation and to have different foreign policy priorities than other Republicans. Similarly, Democrats and Democratic-leaning independents who only rely on sources with left-leaning audiences (CNN, MSNBC, NPR, The New York Times and/or The Washington Post) for political news stand apart from other Democrats in some areas, including by placing a higher priority on multilateralism and addressing global climate change. And when it comes to China, partisans in these so-called “news bubbles” on both sides of the aisle tend to hold more negative views than others in their respective parties.