Justice Department, Capitol Chaos, Criminal Justice
Save for Later
From The Center 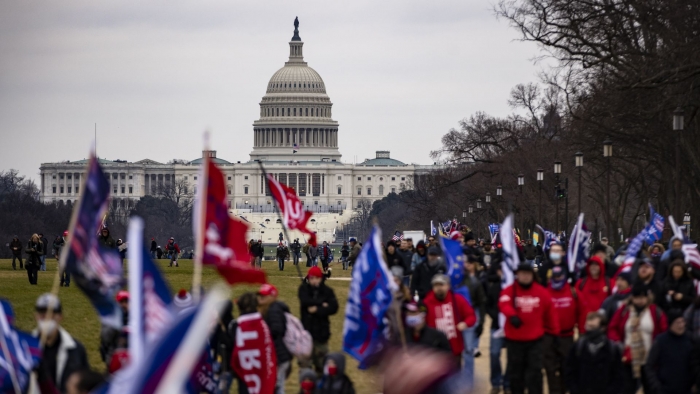 Paul Hodgkins, 38, of Tampa pleaded guilty on Wednesday to obstruction of an official proceeding for participating in the Jan. 6 Capitol riot.

Why it matters: Hodgkins is the second defendant to plead guilty in the Justice Department's sweeping criminal investigation of the Capitol insurrection, which has resulted in charges against more than 500 people thus far, according to Insider.

As part of the plea deal, the remaining misdemeanors Hodgkins was charged with will be dropped.

Hodgkins faces a recommended sentence of 15–21 months in prison, per the Washington Post. He is scheduled to be sentenced on...