On Memorial Day, Remember Skepticism Toward a Large, Standing Military

Veterans Affairs, Memorial Day, Holidays, US Army
Save for Later
From The Right 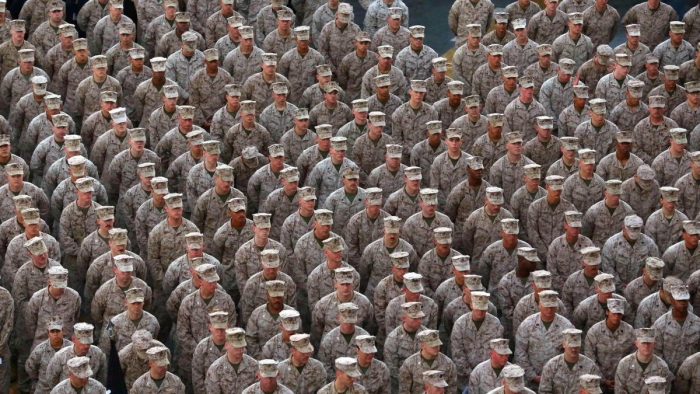 In recent years, it's become common to thank both retired and active-duty military personnel for their service – an expression met with various measures of appreciation or discomfort by recipients. The new custom is a step beyond the long-established sentiments embodied by Memorial Day, which acknowledges those who fell in combat in the ranks of a rare American institution that retains wide public confidence. While the thank-yous are well-intentioned, they represent a shift in attitude for a country that once distrusted anything resembling a powerful military. They also gloss over the costs—acknowledged on Memorial Day—of war and vast armed establishments. Those costs are worth emphasizing as the U.S. finally prepares to extract itself from a two-decade conflict in Afghanistan.

"A standing military force, with an overgrown Executive will not long be safe companions to liberty," James Madison, later to become fourth president of the United States, argued at the Constitutional Convention in 1787. "Throughout all Europe, the armies kept up under the pretext of defending, have enslaved the people."

Read full story
Some content from this outlet may be limited or behind a paywall.
Veterans Affairs, Memorial Day, Holidays, US Army

NEWS
'Do right by that sacrifice': Veterans serving in Congress have a Memorial Day message for Americans
USA TODAY

More News about Veterans Affairs from the Left, Center and Right

News
America’s Veterans Are Killing Themselves at an Alarming Rate: Report
The Epoch Times

News
Biden Snaps At Female Reporter Over Question: ‘You Are Such A Pain In The Neck’
The Daily Wire

News
Trump and the military: Will the allegations hurt him?
Yahoo! The 360

News
‘Captain America’ Green Beret who served 12 combat tours dies by suicide, becoming the 30th from his battalion
The Blaze

News
First veteran death due to coronavirus confirmed
The Hill

News
For US veterans, what does it mean to heal a moral injury?
Christian Science Monitor

News
Exclusive: 'The VA is two-faced.' Whistleblowers say managers are trying to silence them on veteran care
USA TODAY

News
‘I knew something was not right’: Mass cancellations of diagnostic test orders at VA hospitals draw scrutiny
USA TODAY