World, Afghanistan, Taliban, US Military
Save for Later
Add to My Front Page
From The Right 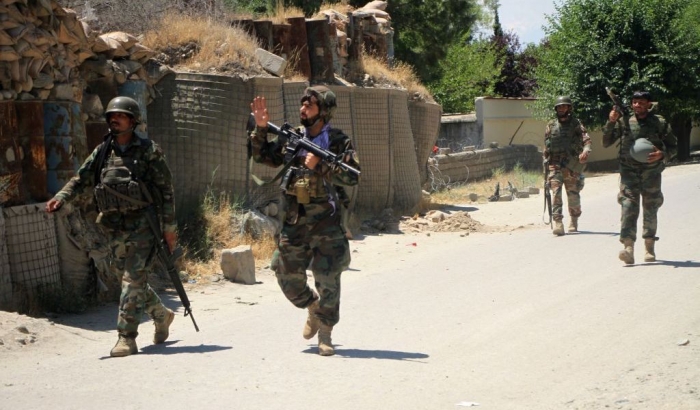 Taliban militants are retaking lost ground as the Biden administration pulls U.S. forces out of Afghanistan, taking over dozens of posts and bases and casting out hundreds of Afghan officials.

The Taliban, designated a terror group by the U.S. State Department, has led an insurgency against the U.S.-backed Afghan government for roughly two decades since United States forces drove the Taliban out of Afghanistan in 2001. Taliban, Afghan, and U.S. forces have been locked in conflict ever since, making the Afghan War the longest war in United States history.

Read full story
Some content from this outlet may be limited or behind a paywall.
World, Afghanistan, Taliban, US Military

With Tokyo 2020 overshadowed by Covid-19, athletes are left to bring light to troubled Olympics

The Covid-19 pandemic has loomed large over the Tokyo Olympics ever since last year's postponement, shaping a Games the like of which has never been...

China Can Lock up a Million Muslims in Xinjiang at Once

For the first time, BuzzFeed News can reveal the full capacity of China's previously secret network of prisons and detention camps in Xinjiang: enough space to...

For sports reporters, being sent to cover the Olympic Games is the kind of dream assignment that makes them choose their careers in the first place....

When a video emerged from Cuba’s unprecedented anti-regime demonstrations this month of a Havana protester waving the American flag, the political right in the...

Biden announces up to $100M in aid for Afghan refugees

President Biden announced Friday his administration is allocating up to $100 million in new aid for Afghan refugees and migrants. Why it matters:...

The Covid-19 delta variant is fast becoming the most dominant strain globally. As of July 20, the delta variant, which was first detected in India...

First lady Jill Biden on Friday led the U.S. delegation to the opening ceremony in Tokyo to kick off a highly anticipated and unique Olympics....

Hundreds of protesters marched through Tokyo on Friday toward the opening ceremony of the Olympic Games — chanting for organizers to “go to hell” for...

About 100 US Olympians at Tokyo Games unvaccinated, official says

The Tokyo Olympics opened Friday under a cloud of uncertainty as the coronavirus pandemic still hangs over the entire world with some ...

Food and fuel shortages in South Africa have grown so severe amid deadly rioting and looting that some on the front lines are considering cannibalism...