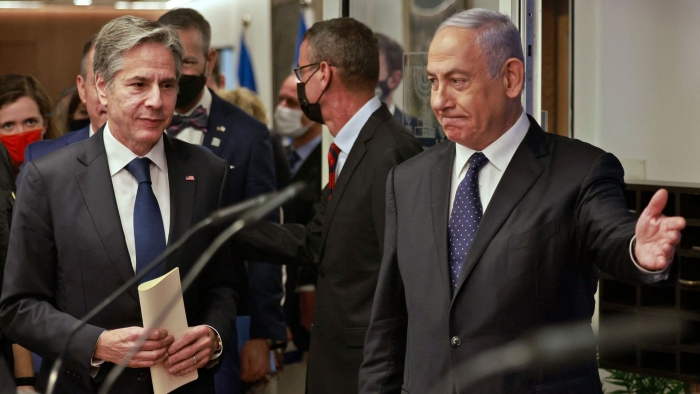 Secretary of State Tony Blinken warned Israeli leaders on his visit to Jerusalem this week that evictions of Palestinian families from East Jerusalem or further unrest on the Temple Mount could spark renewed “tension, conflict and war," he told me in a phone interview.

What he’s saying: Speaking on his flight back from the Middle East, Blinken said the most important aspect of his trip was that he heard directly from Israel and indirectly from Hamas, through Egypt, that both want to maintain the ceasefire. “But it's also important that we avoid various actions that could unintentionally, or not, spark another round of violence," Blinken said.

“We raised the concerns that we have on all sides with actions that in the first instance could spark tension, conflict and war and also ultimately undermine even further the difficult prospects for two states," he said.