We're Seeing A Spike In Workplace Shootings. Here's Why

Gun Control and Gun Rights, workplace shootings
Save for Later
From The Center 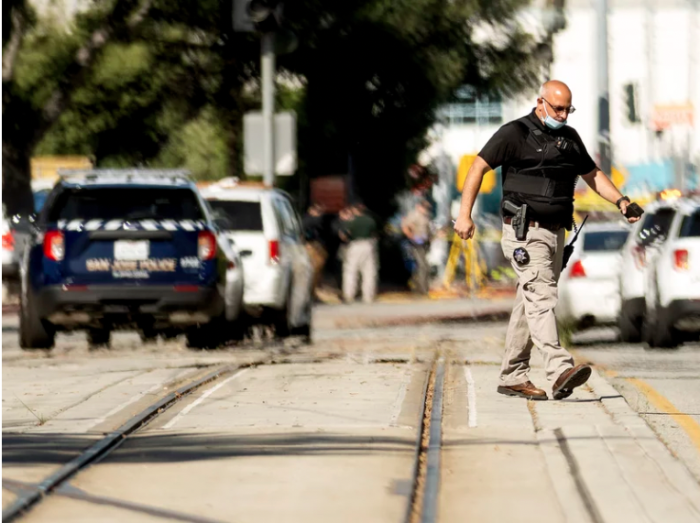 Workplace mass shootings are rare, but the killing of eight people by a fellow employee at a Northern California rail yard on Wednesday marks the third such rampage in under two months.

That could foreshadow a rise in this type of violence after the nationwide shutdown of businesses due to the COVID-19 pandemic, says Jaclyn Schildkraut, associate professor of criminal justice at the State University of New York at Oswego.

However, Schildkraut stresses that while such shootings "are increasing incrementally in frequency, they're still extremely statistically rare."

In San Jose on Wednesday, a public transit employee opened fire on co-workers at the Santa Clara Valley Transportation Authority, killing at least eight people before taking his own life. The suspect has been identified as a 57-year-old current employee. A motive is still unknown.

The attack comes on the heels of a similar shooting in Indianapolis on April 15 in which a former FedEx worker also killed eight people before killing himself. That was reported to be the deadliest workplace massacre since a brewery employee gunned down five people at the Molson Coors campus in Milwaukee in February 2020, shortly before the pandemic shutdown.

About a week before the Indiana shooting, a gunman killed one person and wounded five others in an ambush at a cabinet manufacturing facility in Bryan, Texas, where he worked. He survived and was arrested.

A database compiled by The Associated Press, USA Today and Northeastern University found that between 2006 and February 2020, there had been 13 mass workplace shootings carried out by a current or former employee — roughly one a year on average.

"The reason they seem more frequent right now is because we haven't had them really for the last year because of COVID," Schildkraut says. Such restrictions have also served to limit opportunities for potential shooters "because it reduces the available targets for a person." she says.