World, Myanmar, War, Human Rights
Save for Later
From The Center 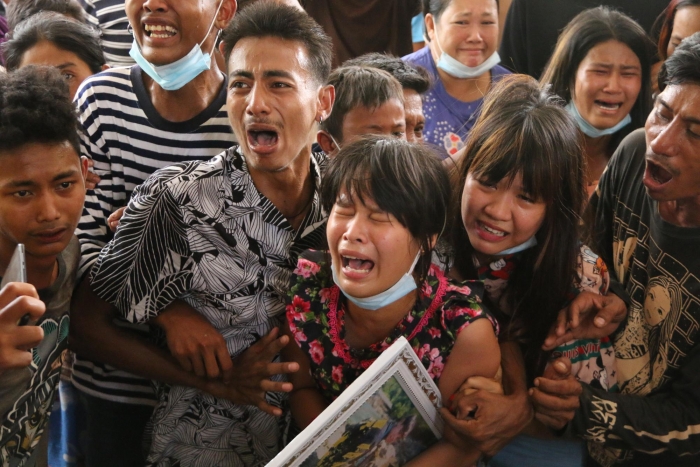 Two black pickups speed down an empty city street in Myanmar before coming to a sudden stop. Security forces standing in the back of the trucks begin firing at an oncoming motorbike carrying three young men.

The bike swerves, crashing into a gate. More shots are fired as two of the passengers run away, while the third, Kyaw Min Latt, remains on the ground. Moans are heard as officers grab the wounded 17-year-old from the pavement, throwing his limp body into a truck bed before driving off.