Who Didn’t See This Coming?

General News, Defund the Police, police reform
Save for Later
From The Right 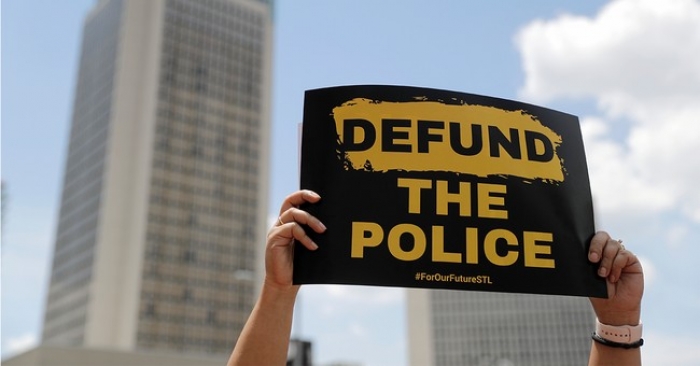 This headline in the New York Times tells you everything you need to know about the progressive mindset, “A Year After George Floyd: Pressure to Add Police Amid Rising Crime.” Who didn’t know that demonizing police, cutting their funding, making it as clear as day that a city’s political leaders not only won’t defend them, but will actively throw them to the mob without any due process considerations might lead to problems for a city? Turns out pretty much every left-wing activist in the country. Worse, most of them still don’t care.

Crime is up, especially violent crime, in Democrat-run cities where the “defund police” movement found a receptive audience in government. Now, the Times reports, “The surge is prompting cities whose leaders embraced the values of the movement last year to reassess how far they are willing to go to reimagine public safety and divert money away from the police and toward social services.”

It’s hard to care, honestly. I grew up in Detroit, once the economic hub of the country destroyed through generational control by Democrats. John Conyers represented the city in Congress for 52 years, over which time his district deteriorated to the point that sections of it resemble a third world country. That didn’t happen overnight.

The thing about Detroit is the shell of what once was is still there. You can see the building, empty, architecture today’s craftsmen could not replicate at a price anyone could afford, towering over once beautiful neighborhoods that now resemble abandoned farmland. It’s depressing to see.

So why did the residents of Detroit give the party that orchestrated their demise unbroken power since 1962? Same reasons Chicago, Baltimore, St. Louis, etc., etc., have done it – they’ve been conditioned to think the alternative is somehow worse. How electing Republicans could’ve been worse for these cities is never explained, and defies rational thought. If Republicans wanted to destroy a city it’s unclear what they would do differently from what Democrats did under the guise of “improving” them.

It doesn’t matter, because leftist activists simply do not care. No amount of death, destruction, or economic depression matters. Los Angeles based liberal activist Helen Jones told the Times, “I don’t care how bad it gets — no one wants more cops. We don’t need tougher police, we need more alternatives to help people thrive.”