U.S. proposes global minimum corporate tax rate of 15%, with an eye on something even higher 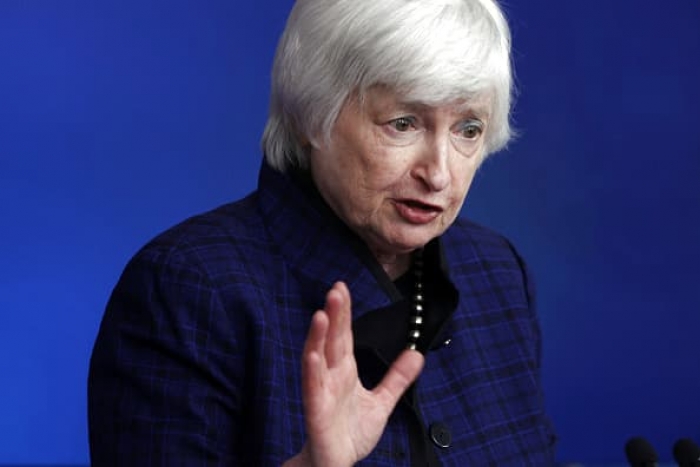 Corporations around the world should pay at least a 15% tax on their earnings, the Treasury Department said Thursday as part of its push for a global minimum for businesses.

The final rate could go even higher than that, according to a Treasury release that said the 15% minimum is a “floor and that discussions should continue to be ambitious and push that rate higher.”

U.S-based companies currently pay a 21% rate, a level that was slashed during the Trump administration. Previously, the top rate had been 35%.

Read full story
Some content from this outlet may be limited or behind a paywall.
Economy and Jobs, Taxes, Treasury, Janet Yellen, World, Corporate Taxes, Business

Taxing The Rich Is Popular, But It Makes Democratic Lawmakers Uncomfortable
ANALYSIS

Seventy-one percent of voters, including a slim majority of Republicans, favor higher taxes on people who earn more than $1 million a year from capital gains,...

This week’s fight over the Democratic agenda was just a preview of the coming battle over how much easier American life should be.  A group of 10...

A federal judge in Washington gave a partial victory Wednesday to a House committee in its long-running effort to get financial records from Donald...

House Democrats will consider as much as $2.9 trillion in tax hikes for the next 10 years — mostly on the extremely wealthy and corporate America — as they...

The top 1% of Americans may be dodging as much as $163 billion in annual taxes, according to a report from the U.S. Department of the Treasury....

You Might Consider Opting Out Of The Child Tax Credit. Here's Why
ANALYSIS

For many, it was a welcome surprise. On July 15, cash flowed into the bank accounts of parents across the U.S. as the government rolled out the first monthly...

More than 35 million American families were sent checks of up to $300 per child on Thursday as the new expanded child tax credit went into effect....

The US federal government’s $1.9 trillion relief package that President Joe Biden signed on March 11 will temporarily expand the child tax...

In order to make sure the rich are paying their fair share in taxes, President Joe Biden says the IRS just needs two bits of information: all the money that...

If Congress passes the vast reconciliation bill, voters will like what's in it. That's the Obamacare-like line some Democrats are taking as President Joe...