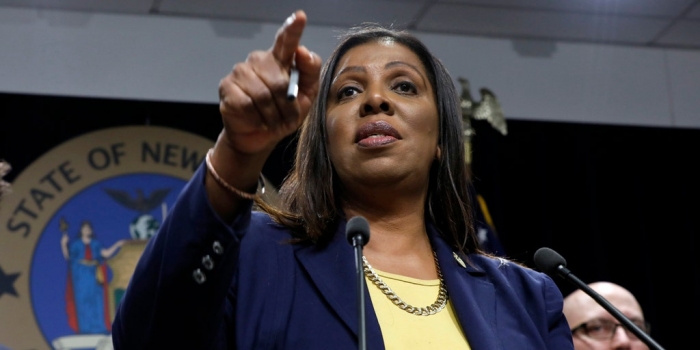 The office of New York state Attorney General Letitia James issued a statement to Fox News on Tuesday night, confirming a change in its investigation of the Trump Organization.

The case has now become a criminal investigation after initially being a civil matter, the statement said.

"We have informed the Trump Organization that our investigation into the organization is no longer purely civil in nature," James spokesman Fabien Levy wrote in a statement to Fox News.

"We are now actively investigating the Trump Organization in a criminal capacity, along with...

The war on drugs may profess to be waged against narcotics, but it overwhelmingly targets people—a view increasingly shared by experts on drug use. Nora...

U.S. Capitol Police officers who were attacked and beaten during the Capitol riot filed a lawsuit Thursday against former President Donald Trump, his allies...

Merrick Garland must investigate Donald Trump’s attempted coup — not for retribution but for...
OPINION

With increasing and troubling frequency, an argument is being made that former presidents should be presumptively shielded from criminal...

An article from the Associated Press is headlined “Biden nominates first LGBT federal appeals court nominee,” a claim that was further elevated by...