Supreme Court, Abortion, Gun Control and Gun Rights
Save for Later
From The Center 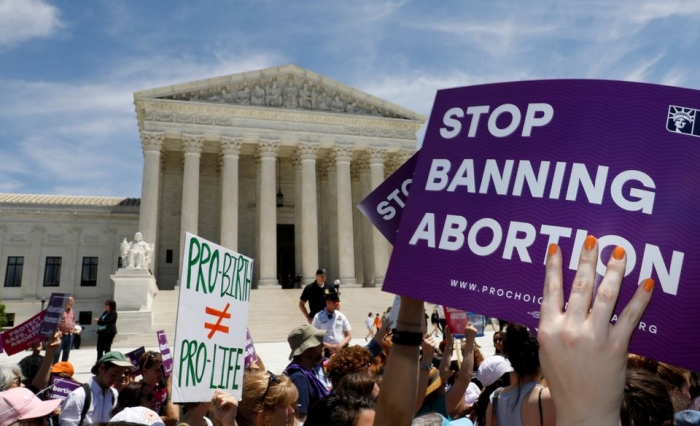 The Supreme Court has placed itself back on the frontlines of the U.S. culture wars by taking up major cases on abortion and guns, with rights cherished by millions of Americans - and potentially the future of the nation’s top judicial body itself - on the line.

And to add to the drama, rulings in the two cases are expected to come next year in the run-up to mid-term elections in a politically polarized United States that will decide if President Joe Biden's fellow Democrats maintain control over both chambers of Congress.

The conservative-majority court on Monday agreed to hear Mississippi’s bid to revive a Republican-backed state law that bans abortion after 15 weeks of pregnancy, a case that could undercut the 1973 Roe v. Wade ruling that legalized the procedure nationwide.

The justices on April 26 agreed to take up a challenge backed by the National Rifle Association to New York state’s restrictions on people carrying concealed handguns in public, a case that could further damage firearms control efforts nationally.

The two cases will be argued and decided during the court's next term, which runs from October to June 2022.

The term could be a blockbuster, with other possible cases challenging voting restrictions enacted by Republican-led states following former President Donald Trump's false claims of a stolen election and affirmative action policies used by universities to increase admissions of Black and Hispanic students.

Wins for conservatives in the gun and abortion cases may actually help Democrats in the 2022 elections by angering and motivating liberal voters, according to some experts.